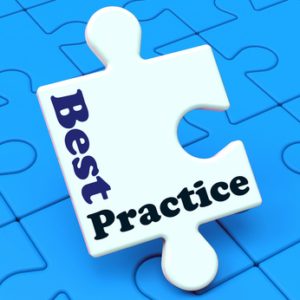 Federal regulatory and Fair Trade enforcement authorities are now targeting small and large businesses and in some cases bring criminal charges against companies and their executives. You want to avoid this disastrous result at all cost.

When you submit a bid to the government, chances are that the Buy American Compliance Clause is incorporated. The submission of the offer constitutes an agreement to supply domestic end item. In bid protest litigation, if you do not provide information for the agency to validate or indicate that you are in compliance, it will be justified in not granting you the award. See an example of a GAO case here.

Do You Always Have to Meet TAA Compliance Rules? Can CO Issues a Waiver Under Fair Trade Agreements Act Rules?

Government contracting officers have wide discretion to waive TAA compliance requirements for the Buy American Act qualifying countries laws and Buy American Act country of origin requirements under FAR 25  if he or she determines that the price of the lowest priced domestic offer is unreasonable, or if there is another exception under Fair Trade and TAA rules. See more information contained in DFARS 251.225-7001.

Certain end products and construction materials from other countries can receive a nondiscriminatory evaluation when there are domestic offers.

There are various tests when finalizing a decision as to whether there is a violation of the Buy American Act list of qualifying countries list rule or Fair Trade compliance regulations.

The US government wants to know where all products are made. With the recent change in government and the continuing goal to make products in America, companies should be aware of the BAA compliance requirements, penalties, and liability for not properly identifying Buy American Act approved countries of origin. See Consequences of Procurement Fraud Schemes & Avoiding Criminal Liability.

TAA compliant countries under FAR 25, and other Fair Trade Agreements Act regulations, the Act limits the purchase of supplies that are non-domestic end products that will be used in the United States. This is very important when selling products to the government under a GSA Schedule. Contractors should also be aware of countries of origin that may impact the outcomes of cases alleging violations of the Act.  This is but one reason to have internal policies and controls to become BAA compliant. See How Does the President’s View on Buy American Act and Buy America Impact Government Contractors?

Under other government contracting rules, knowing the various TAA compliant countries of origin when purchasing supplies and end products for sale to the federal government. See information about COTS CONTRACTS.

Whether you are selling construction materials or IT products under the Trade Agreement Act, becoming BAA compliant is essential when doing business with the federal government.

To establish TAA compliance, courts look at the Act’s list of qualifying countries of origin under the “substantial transformation” test. For purposes of reporting, government contractors should look at whether the manufacturing of the end product is made in the USA or overseas, without looking at the origin of the components. This is especially true for Buy American Act construction materials and IT products. Learn about dealing with Buy American Act disputes in a bid protest.