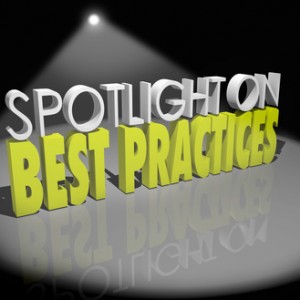 Generally, Title VII prohibits employers from discriminating against employees based on sex, however, there is a specific exemption. Title VII allows for employers and business owners to engage in sex discrimination where gender is a bona fide occupational qualification (“BFOQ”). 42 U.S.C. §2000e-2(e). The employer has the burden of establishing this affirmative defense at all times. Int’l Union, United Auto, etc. v. Johnson Controls, 499 U.S. 187, 198 (1991).

What is a Bona Fide Occupational Qualification?

BFOQ allows gender discrimination in the hiring process. It allows the employer to have preference over one gender over another “reasonably necessary to the normal operation of that particular business or enterprise.” Id.

The Bona Fide Occupational Qualifications rule allows Colorado employers to hire prospective applications based on race, sex, age, and national origin if thee characteristics are bona fide occupational qualifications. But what constitutes a “bona fide” qualification has been largely left up to the courts to decide.

How does Hooters do it – an example of how the Bona Fide Occupational Qualification Defense Can Work Against Employers If not Presented Correctly?

Just how does Hooters do it? Hooters has successfully maintained its “Hooters Girl” hiring practice through several sex discrimination claim lawsuits throughout the years. Including a class action and an EEOC charge that demanded a settlement of $22 million dollars!

Individuals have the legal right to associate with whomever they wish in their personal lives. We choose who to “hire” when it comes to friends or romantic partners. Business owners should be able to do the same in their place of business. While Title VII may be valid when applied to those running for public office or applying for government positions, its provisions may not be appropriate in the private sector.

The truth is that a business owner should be able to use any standard for deciding who they hire. While it is true that you do not need to be a woman to serve food, Hooters has every right to only hire servers who are female. Considering Hooters’ trademark is the young-attractive female waitress, it is plausible that men would most likely not earn much in tips should Hooters be forced to hire male servers.

Hooters fundamental claim is that men can’t be servers because service by a “Hooters girl” and the experience that she provides is the core of the whole Hooter business. You see what Hooters did there? They equate their servers to entertainers. Essentially, Hooters says that their customers go there for assumed sexual entertainment foremost and the world famous burgers and wings, second.

Now can you create a restaurant-style or theme based on looks while hiring and managing employees fairly? Absolutely.

When it Comes to Sex Discrimination in the Workplace, The EEOC and the Courts Have Done Almost Everything Besides Put Handcuffs on the Affirmative Defense of BFOQ.

The EEOC specially stated, “BFOQ exception as to sex should be interrupted narrowly -labels such as “Men’s job” or “Women’s job”- tend to deny employment opportunities unnecessarily to one sex or the other”. 29 C.F.R §1604.2(a).

The Supreme Court has expressly stated that the bona fide occupational qualification defense is “extremely narrow” when it comes to sex discrimination in the workplace. Dothard v. Rawlinson, 433 U.S. 321, 334, 97 S.Ct. 2720, 2729 (1977). Based on the legislative history and language of Title VII §703, the Courts found that it indicated that BFOQ is limited to unique situations.  In Dothard, the Court concluded “the statute limits the situations in which discrimination is permissible to “certain distances” where sex discrimination is “reasonably necessary” to the “normal operation” of the “particular” business”.

For example, a bona fide occupational qualification may be the fact that individuals over the age of 65 cannot serve as nurses. Consequently, at times, it is only appropriate to allow employers to choose specific candidates based on certain genders, national origin, religion, and/or age. Sex-based BFOQs are extraordinarily difficult to prove and should almost never be relied upon to justify a discriminatory policy.

How Do You As an Employer Prove Your Bona Fide Occupational Qualification Defense?

If you are a Colorado employer and subject to an employment discrimination charge of sex discrimination in the workplace during the hiring process, failure to hire, then to prove a legal defense of bona fide occupational qualification, the employer must prove that the specific requirement is necessary to the success of the business and that a definable group or class of employees would be unable to perform the job safely and efficiently.

Colorado employers should demonstrate the necessity for a certain type of worker because all others do not have certain characteristics necessary for employment success.

Your motivation for excluding the alleged protected class is not the final question asked when evaluating the BFOQ defense.  Instead, the courts focus on the necessity of using an expressly forbidden classification.

Laws against discrimination are great and all, but what’s tricky is, sometimes, gender or race really does matter. Sometimes you really just need a woman to do the job. An example of this would be, a man working as a camp counselor for a cabin of 12-year-old girls. He can coach their teams, but he can’t stay in a cabin with them.

This is where bona fide occupational qualifications come in. In some cases, a company can successfully argue a specific race or gender is actually a job qualification and, thus, they must discriminate.

Hooters made a successful argument that being female is a job qualification for their servers, and therefore Hooters must discriminate for this role. However, they failed to argue that this was the case for hosts and bartenders. Hence, the few men you see working at Hooters.

This isn’t as much of a slippery slope as it’d seem though because the standards for BFOQ are very high. You could not argue that your customers prefer dealing with white people or trust white people more. That might be true, but it’s not enough to justify discrimination.

In the 70s Southwest Airlines business was blooming. The market favored their advertisement of “love potion” or “the love airline” offered by feminine and beautiful flight attendants.  It wasn’t long until Wilson and a group of men filed a lawsuit against Southwest and a costly and extensive gender Title VII discrimination lawsuit proceeded.

BFOQ – A Legitimate Legal Defense But Avoid Mistakes in Your Approach

The takeaway from the Southwest case is that to determine a bona fide occupational qualification as a legitimate defense, the courts must determine whether the gender discrimination in employment is based on business necessity, largely that without the discrimination, the job could not be done correctly. If either gender can do the job properly, there is no BFOQ defense.

Cases involving appearance-based discrimination are perhaps so difficult to adjudicate because they mash gender norms, racial stereotypes, beauty standards, and employer-employee relationships into a legal swamp. For every person who is open to embracing feminine dress or any particular dress you may require for your business, someone else will feel uncomfortable or objectified.

If you really want to start a business or open a restaurant that wants to have their employees in cute uniforms or only hire specific persons, it’s possible. However, employers and business owners should also be extremely cautious when choosing how and when they will discriminate. You want to avoid legal suits at all costs. For example, if you own a clothing store and wish to hire only young people to attract that type of consumer, you cannot refuse to interview older individuals for this reason. Basically, because there’s no reason to believe that an older employee would not be able to complete the job as sufficient as a younger employee.

If you are an employer in Colorado and need immediate help the BFOQ defense and with sex discrimination in the workplace or Denver CO employment defense attorneys to represent your company, call Watson & Associates, LLC at 720.941.7200.

Protect Yourself From Criminal Liability - Start the Process Here

TELL US HOW WE CAN HELP YOU