Never Guess At the SBA Affiliation Rules, You May be Wrong. 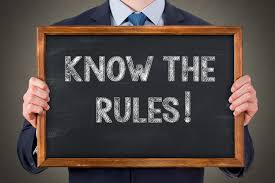 SBA joint venture rules can be confusing the say the least. Yet, many companies tend to roll the dice and then late become subject to a small business size protest and lose the profits and revenues from the awarded government contracts.

The new joint venture limitations rule gets rid of the previous three-contract limit for joint ventures in two years for companies composed of two or more small businesses or of mentor-protégé teams.  The duration of such joint ventures  is still limited to a  two year life spand. A joint venture cannot continue to submit proposals for new contracts for longer than two years from the date of its first award. However, the JV  can be awarded federal contracts on proposals submitted before that date.  After two years, the SBA will look at your joint venture as being a separate business concern with its joint venture members becoming affiliates for size purposes, even if they are both small businesses or a mentor-protégé team.  The new rules allow you to still form multiple joint ventures with the same members, but, at some point, this may result in affiliation.

What is a Joint Venture Under SBA Regulations?

The definition of a joint venture for purposes of getting federal government contracts under SBA regulations means:

A joint venture is an association of individuals and/or concerns with interests in any degree or proportion consorting to engage in and carry out no more than three specific or limited-purpose business ventures for joint profit over a two year period, for which purpose they combine their efforts, property, money, skill, or knowledge, but not on a continuing or permanent basis for conducting business generally.

The usual problem is that many companies may not understand when the two years ends or begins. Guessing is where it gets costly as seen in the recent case of Size Appeal of Excellus, LLC, SBA No. SIZ-5999 (2019).

How Many Contracts Can Your Qualified Joint Venture Agreement Cover?

Since the three-in-two rule has been replaced, there really  is no limit on the amount of federal contracts your company can have. What you must watch for is that the joint venture should not go past the two-year point.  Does the new rule apply to new joint ventures?

The joint venture regulations that set out the 3-in-2 rule provides, in pertinent part:

A joint venture is an association of individuals and/or concerns with interests in any degree or proportion consorting to engage in and carry out no more than three specific or limited-purpose business ventures for joint profit over a two year period, for which purpose they combine their efforts, property, money, skill, or
knowledge, but not on a continuing or permanent basis for conducting business generally.

This means that a specific joint venture entity generally may not be awarded more than three contracts over a two year period, starting from the date
of the award of the first contract, without the partners to the joint venture being deemed affiliated for all purposes. Once a joint venture receives one contract, SBA will determine compliance with the three awards in two years rule for future awards as of the date of initial offer including price.

Once your qualified joint venture receives one federal government contract, SBA will determine compliance with the three awards in two years rule for future awards as of the date of the initial offer including price.

Possible Solutions to Getting Caught Up in the Three in Two Rule (3-in-2 Rule) Changes as of November 16, 2020.

(Not all creative arguments will be convincing on appeal)

In the Size Appeal of Excellus, mentioned above, the Appellant argued to SBA OHA that its transformation over time renders it a new joint venture entity for purposes of compliance with the Three in Two Rule. Specifically, in the two years applicable to the 3-in-2 rule had elapsed and then the company acquired another federal contract. See also SBA Mentor Protege Joint Venture Rules 13 CFR 124.513 & 13 CFR 121.103.

The question becomes developing a strategy that allows for form additional qualified joint venture agreements and business entities and to legally take advantage of getting more government contracts.

What Happens If Your Analysis is Wrong?

There is no discretion for OHA or the SBA for that matter is to grant mercy dues to the confusing rules. OHA ruled in the Size Appeal of Excellus case, the small business awardee “still would not qualify as a small business for the instant procurement. This is true because parties to a joint venture are affiliated with one another for any procurement performed by that joint venture, unless an exception applies.” Citing 13 CFR 121.103(h)(2).

OHA stated that joint venture affiliation exception exists when each member of a joint venture is small. Citing 13 CFR 121.103(h)(3)(i).

In Size Appeal of Excellus, one of the companies was not a small business. The real question is:

Common Problems to Avoid in Litigation and Appeals

When you try to litigate an adverse SBA size determination on appeal to SBA Office of Hearings and Appeals (SBA OHA) OHA only reviews is the evidence in the administrative record at the time the SBA Area Office made its determination. Size Appeal of Taylor Consultants, Inc., SBA No. SIZ-4775, at 10-11 (2006).

The bottom line is that evidence that was not previously presented to the Area Office at the small business protest level is generally not admissible on appeal. OHA will not consider such new evidence. See Size Appeal of Maximum Demolition, Inc., SBA No. SIZ-5073, at 2 (2009) (“I cannot find error with the Area Office based on documents the Area Office was unable to review.”) Read more about the Ostensible Subcontractor Rule.

New evidence may be admitted on appeal at the discretion of the administrative judge if “[a] motion is filed and served to establish good cause for the submission of such evidence.” 13 CFR 134.308(a).

If you have a small business size protest appeal lawyer, then he or she must be able to show that “the new evidence is relevant to the issues on appeal, does not unduly enlarge the issues, and clarifies the facts on the issues on appeal.” Size Appeal of Vista Eng’g Techs., LLC, SBA No. SIZ-5041, at 6 (2009).

SBA Size Appeal and Determinations of Common Management and Control

For immediate help with new SBA joint venture agreement rules, SBA affiliation or matters relating to if Three in Two Rule (3-in-2) applies to your company, please contact our SBA size protest lawyers for a FREE Initial Consultation. Call 1-866-601-5518.